Tips for Leadeship..~~~ Energizer.
Some people become leaders no matter what their chosen path because their positive energy is so uplifting. Even in tough times, they always find a way. They seem to live life on their own terms even when having to comply with someone else's requirements. When they walk into a room, they make it come alive. When they send a message, it feels good to receive it. Their energy makes them magnets attracting other people.

Just plain energy is a neglected dimension of leadership. It is a form of power available to anyone in any circumstances. While inspiration is a long-term proposition, energy is necessary on a daily basis, just to keep going.
Three things characterize the people who are energizers.


1. A relentless focus on the bright side.
Energizers find the positive and run with it. A state government official in a state that doesn't like government overcomes that handicap through her strong positive presence. She dispenses compliments along with support for the community served by her agency, making it seem that she works for them rather than for the government. She greets everyone with the joy generally reserved for a close relative returning from war. I can see skeptics' eyebrows starting to rise, but judging from her success, people love meeting with her or getting her exclamation-filled emails. She is invited to everything.
The payoffs from stressing the bright side can be considerable. In my new book, SuperCorp, I tell the story about how Maurice Levy, CEO of the global marketing company Publicis Groupe, tilted the balance in his company's favor when his firm was one of several suitors for Internet pioneer Digitas. At one point in a long courtship, Digitas hit problems, and the stock collapsed. One of Publicis's major competitors sent Digitas's head an email saying, "Now you are at a price which is affordable, so we should start speaking." Levy sent an email the same day saying, "It's so unfair that you are hurt this way because the parameters remain very good." Levy's positive energy won the prized acquisition.


2. Redefining negatives as positives.
Energizers are can-do people. They do not like to stay in negative territory, even when there are things that are genuinely depressing. For example, it might seem a stretch for anyone to call unemployment as "a good time for reflection and redirection while between jobs," but some energizers genuinely stress the minor positive notes in a gloomy symphony. A marketing manager laid off by a company hit hard by the recession saw potential in people he met at a career counseling center and convinced them that they could start a service business together. He became the energizing force for shifting their definition of the situation from negative to an opportunity.
"Positive thinking" and "counting blessings" can sound like natïve cliches. But energizers are not fools. They can be shrewd analysts who know their flaws and listen carefully to critics so that they can keep improving. Studies show that optimists are more likely to listen to negative information than pessimists, because they think they can do something about it. To keep moving through storms, energizers cultivate thick skins that shed negativity like a waterproof raincoat sheds drops of water. They are sometimes discouraged, but never victims.
An entrepreneur who has built numerous businesses and incubated others had a strong personal mission to raise national standards in his industry. He began that quest by meeting individually with the heads of major industry organizations, all of whom told him that he would fail. He nodded politely, asked for a small commitment to one action anyway, just as a test, he said, and went on to the next meeting. Eight or nine meetings later, he was well along on a path everyone had tried to discourage him from taking.

3. Fast response time. Energizers don't dawdle.
Energizers don't tell you all the reasons something can't be done. They just get to it. They might take time to deliberate, but they keep the action moving. They are very responsive to emails or phone calls, even if the fast response is that they can't respond yet. This helps them get more done. Because they are so responsive, others go to them for information or connections. In the process, energizers get more information and a bigger personal network, which are the assets necessary for success.
The nice thing about this form of energy is that it is potentially abundant, renewable, and free. The only requirements for energizers are that they stay active, positive, responsive, and on mission. Are you an energizer? Any tips you'd like to share?

ROSABETH MOSS KANTER  is a professor at Harvard Business School and the author of Confidence and SuperCorp. 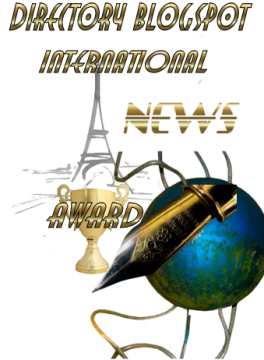